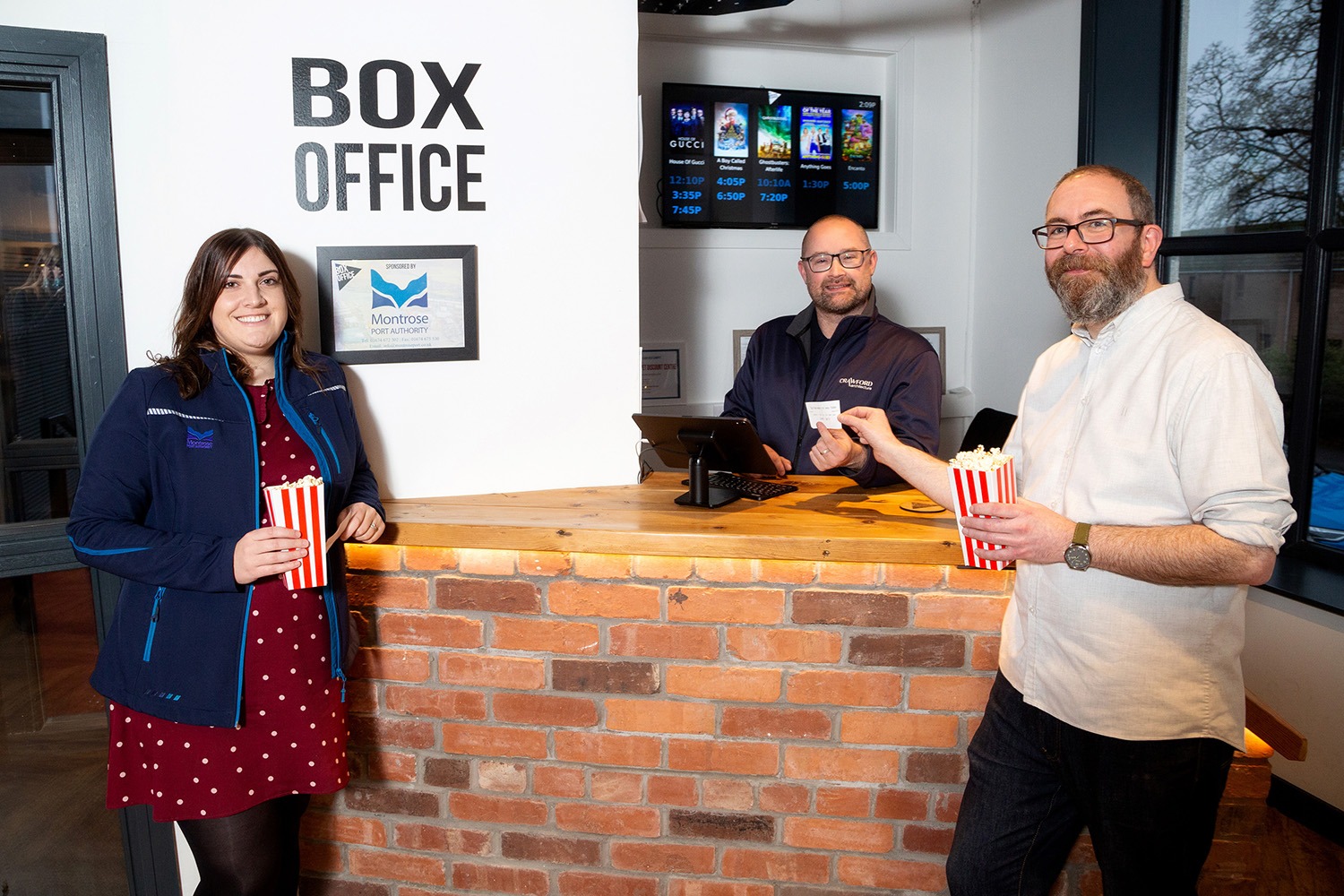 The team behind a new community cinema and arts centre in Montrose is celebrating its first months’ trading which surpassed all expectations and highlighted the need and appetite for such a facility in the region.

Montrose Playhouse opened to the public at the start of October after a three-year fundraising and construction project to transform the old town swimming pool into a fantastic community arts hub  spearheaded by a group of committed local volunteers.

With an annual projected sales line of over £1million, the team are currently celebrating a successful launch with sales figures putting them 6% ahead of target for the first two months of operation. This is especially great news as the cafe and bar have only just opened, which will further boost sales in coming weeks and months.

Venue manager, Matt Buchanan, said: “We knew from the support we received from the public and local media how much of a desire there was for a facility like ours in the region, however we were wary about whether this would translate into sales.  We have been blown away by the number of people who want to come and spend an evening with us –  particularly the 1200 people who have taken out paid memberships to support us long term.

“With our cafe and bar now open and the festive season in full swing, we are looking forward to a busy period as more and more people come for nights out, time with the family – or even time away from the family – and immerse themselves in the wonder of cinema.”

To date, the Playhouse has hosted more than 500 screenings since the opening weekend, with over 16,000 tickets sold and the new James Bond film, No Time to Die, accounting for 50% of those sales.

This has been great news to the team from Montrose Port Authority, which has a vested interest as sponsors of the Playhouse box office.

Business and Commercial Manager at Montrose Port Authority, Lynn Sayer, said: “As a Trust Port, we are proud to be an active member of the local community, so when the Playhouse was offering corporate sponsorships there was no doubt that we would want to be involved.

“We are delighted that so many local people, many of our team included, are making such regular use of this amazing facility and we are sure that there is a long and vibrant future in store for the arts in Montrose.”

As well as being a cinema and arts centre, the Playhouse is primarily a community facility with a number of local groups already taking residence including the BNI networking group, Baby Massage and Tai Chi, with bookings from other groups like charities as well as live music and a DJ club night in the pipeline.

Matt added: “On top of this we have launched our social cinema programming with Relaxed Screenings, Autism and Dementia friendly screenings, Baby and Me, Family Friendly, Local School trips for Christmas Films and screenings for Scouts and Girl Guides.

“The Bar and Cafe have now opened this month and our sensational Cocktail Menu in conjunction with Tollhouse Spirits and designed by Adrian Gomes of The Tippling House/10 Dollar Shake is now live too – so it is an exciting time for the Playhouse and the Montrose community.”

The Playhouse Project, which began life as a simple regeneration idea for a community cinema in 2013, has evolved over a number of years following huge community interest and involvement. The design concept of  David Paton, Director at Crawford Architecture whose hypothetical design post went viral on social media, resulted in a committee of local volunteers coming together to take forward the initiative and attract funding for the build.

In 2017 after four and a half years of hard work, the committee purchased the disused building from Angus Council for the princely sum of £1. They then embarked on a DIY SOS-style strip out which involved over 80 volunteers helping to strip the building back to a shell saving around £250,000 in value and around six months of time. The conversion works were then scheduled to start in 2020, but were delayed until 2021 due to the Covid-19 pandemic.

The space has now been turned into a multi-dimensional facility and includes an adaptable three screen cinema, education and exhibition space, as well as retail space and a café bar.