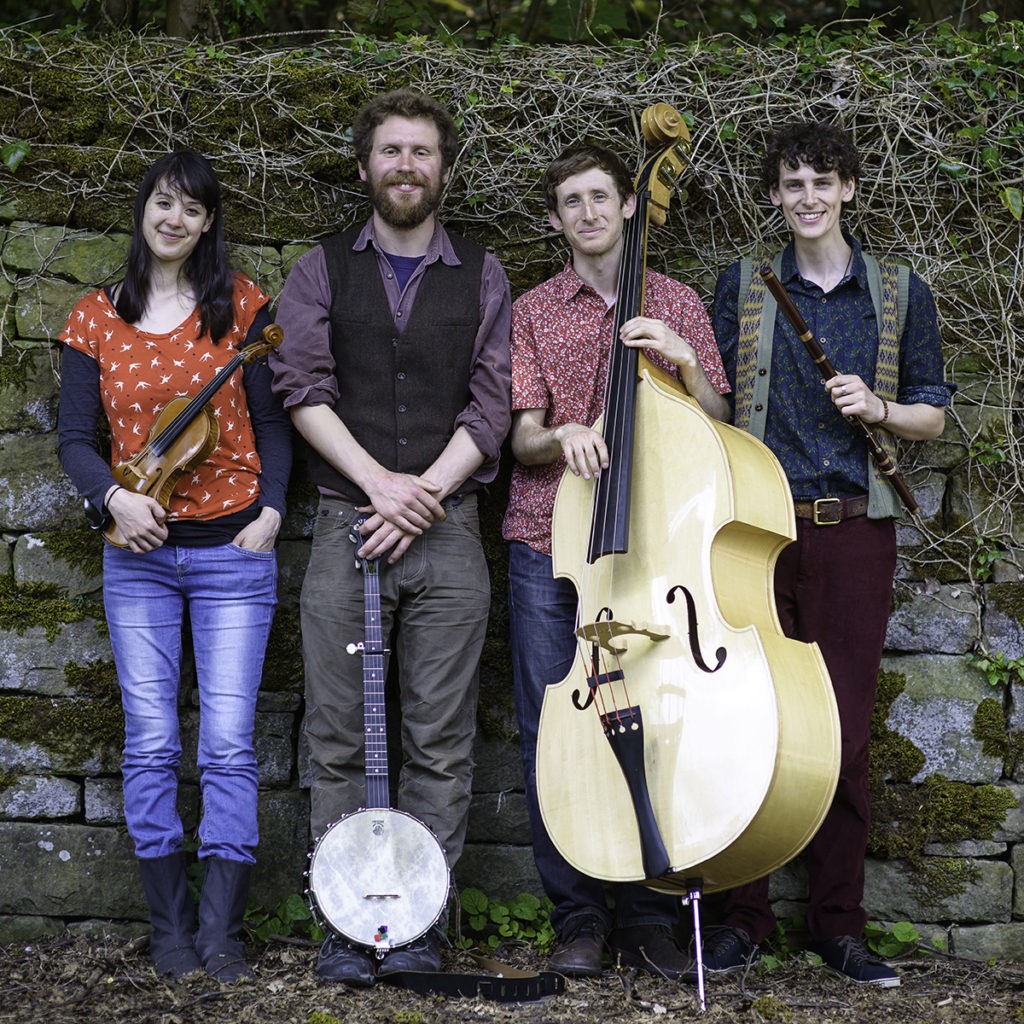 Tickets: £10 (On Door or can be reserved by emailing kenneth@fivefurlongs.plus.com)

After a recent Live In Session performance on BBC Radio Scotland’s Travelling Folk, presenter, Bruce Mac Gregor, of Blazing Fiddles, praised the Band’s recently released second Album, “Old Train”, and commented that “Wayward Jane are just that bit different from anything else happening in Scotland.”

Formed by four active participants in the thriving Edinburgh Session scene, Wayward Jane are one of the most-promising of the new Scottish Bands and feature in their line-up two members of Dowally and Sam Gillespie of the Brothers Gillespie.