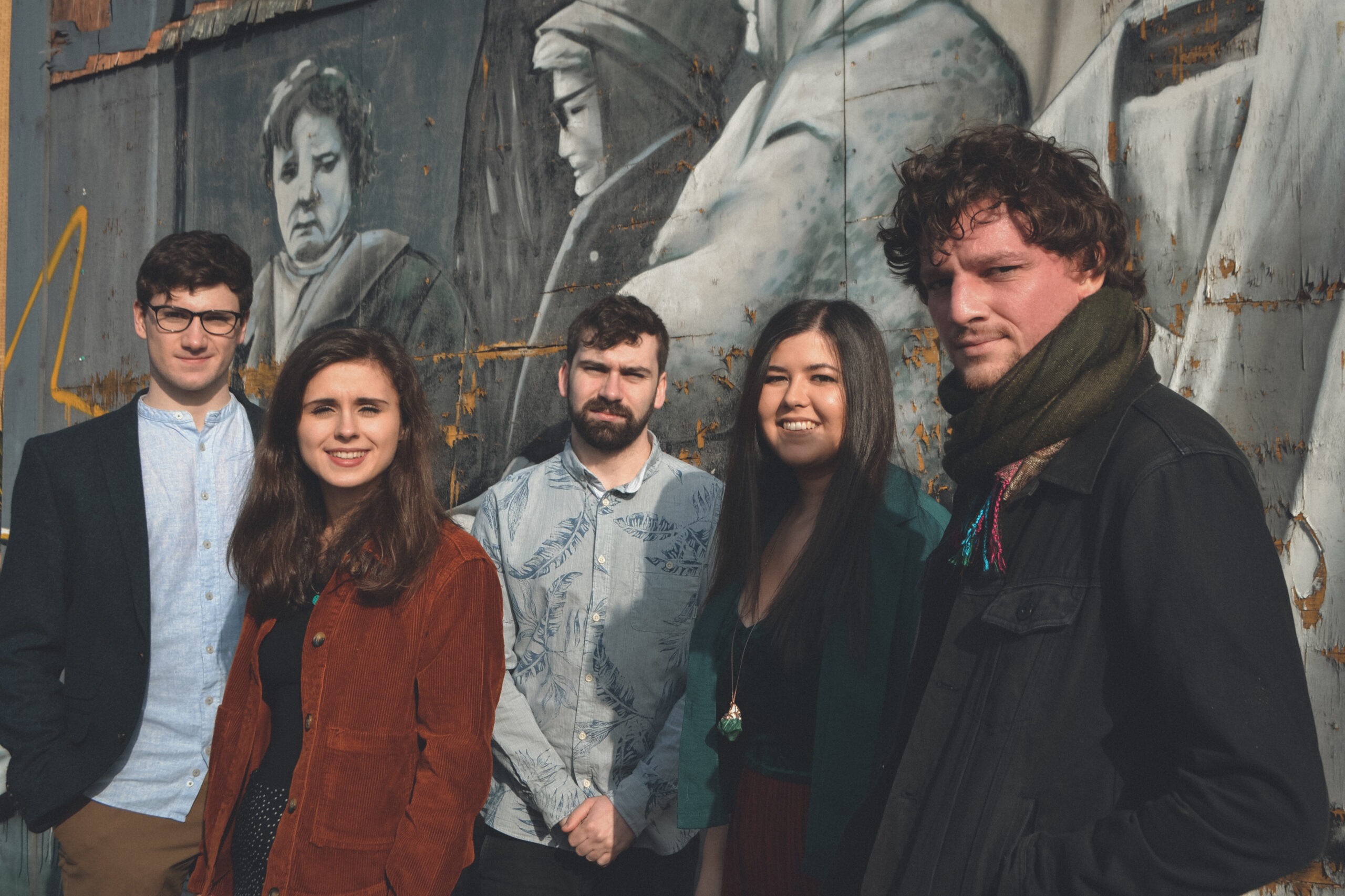 Eabhal are touring to promote their much anticipated Second Album, “Aisling”,
due for release in May 2022, and featuring ten tracks, each inspired by
different parts of Scotland.
Formed in 2018, when all the members were based in the Outer Hebrides,
Eabhal produce a powerful sound, which showcases traditional, contemporary
and self-penned songs and tunes. Having won the Hands Up for Trad Battle of
the Folk Bands, Eabhal’s first Album, “This is how the Ladies Dance” was long-
listed for Album of the Year at the Scottish Traditional Music Awards.
Described by The National as one of “the most talked about young Bands to
emerge over the last year”, the members of Eabhal are Kaitlin Ross, on vocals,
Jamie MacDonald, on fiddle, Nicky Kirk, on guitar, Megan MacDonald, on
accordion, and Hamish Hepburn, on pipes, whistles and flute.