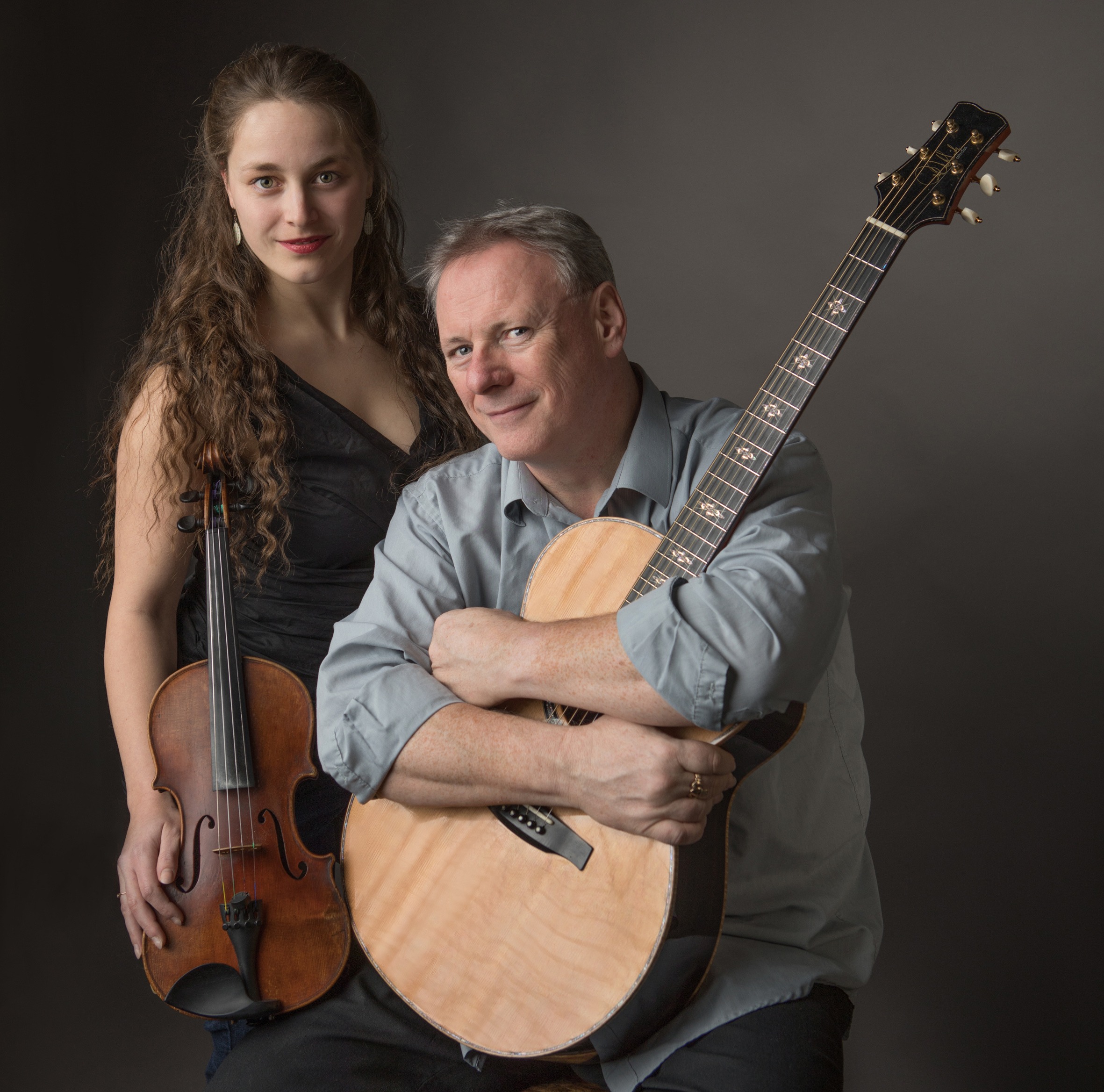 Tickets : £11 (On Door or can be reserved by emailing kenneth@fivefurlongs.plus .com)

Highly regarded as a brilliant Soloist, Guitarist, Tony McManus, has frequently collaborated with diverse musicians, such as Fiddle Great, Alasdair Fraser, throughout his stellar career. He appears at Montrose Playhouse as part of a First Tour of Scotland for his latest Duo with Berlin-born Guitarist/Violinist, Julia Toaspern, whose love of Jazz and Baroque, seasons Tony’s more Celtic and traditional approach.

Hailed by the late John Renbourn of Pentangle as “the best Celtic guitarist in the World”, Tony McManus has been listed as one of the 50 transcendental Guitarists of all time by Guitar Player magazine. His dextrous dazzlingly original playing draws on traditions from the entire Celtic diaspora – Scotland, Ireland, Brittany, Galicia and Quebec, along with flavours from Jazz and Eastern European music.

In a McManus and Toaspern live performance, the flashing fingers and whirling tunes from Greece, Brittany and Ireland, are supplemented by the occasional song, either in Julia Toaspern’s clear pure voice, or the gorgeous melodies of such as Tony’s version of “The Road to Drumleman”.