The Montrose Playhouse Project began in February 2013 when Montrose born architectural designer, David Paton who, as a big fan of Film and the Arts had been sketching out plans for a cinema in old, disused buildings in Montrose for several years, posted on Facebook a design for a new cinema.

In late 2012 the swimming pool, which had been the town’s only swimming pool since the 1950s, had become surplus to requirements when Angus Council created a new facility down at Marine Avenue. The old, boarded up pool now cuts a lonely figure on The Mall and David, who is passionate about re-using buildings where possible, went to work in re-imagining the building, taking inspiration from the former Angus Playhouse in his designs and the Dundee Contemporary Arts Building.

Within a few hours of David posting the designs, around 500 people had ‘liked’ the post and were vociferous in their calls for him to try and make this dream a reality. A public meeting was held and a Working Group was quickly formed from members of the local public and work to develop the Project began.

Within one week the Montrose Playhouse Project was born and had been featured in both local newspapers and radio programmes, while the Facebook page had grown to over 3000 followers. Within two weeks the Project had appeared on the STV News and the rest, as they say, is history. 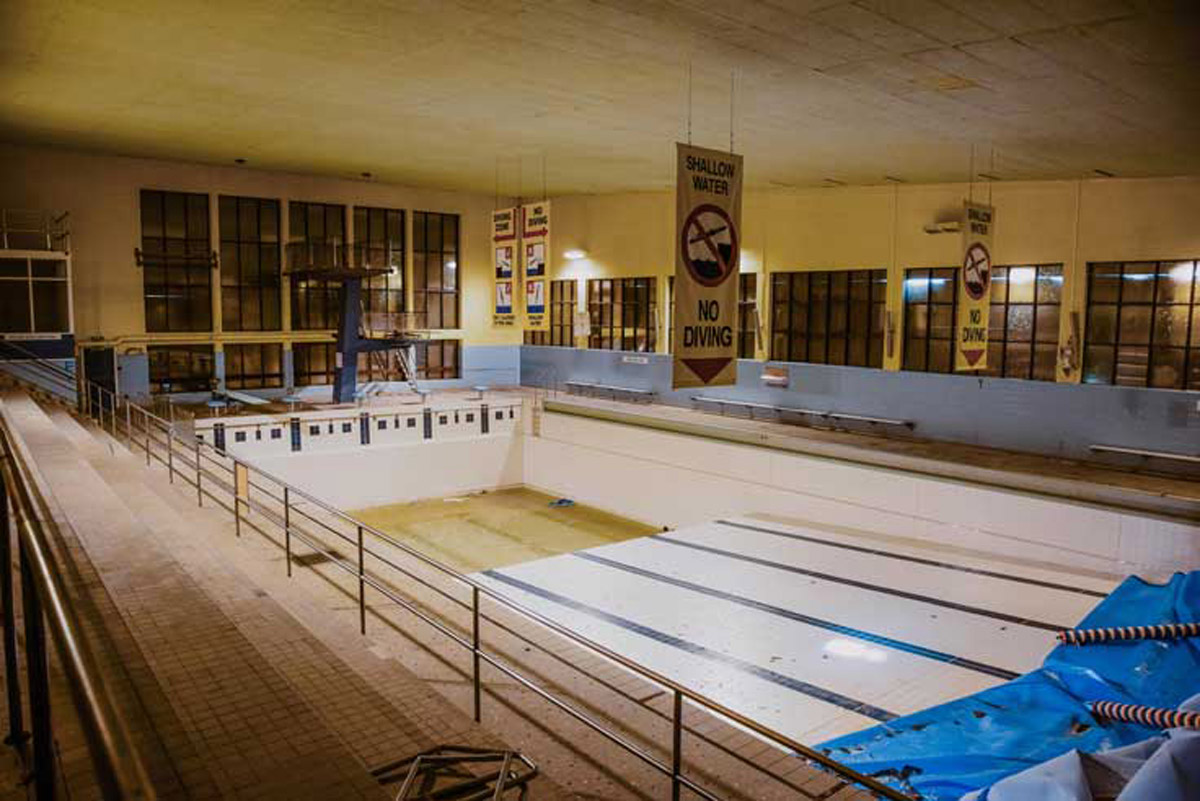 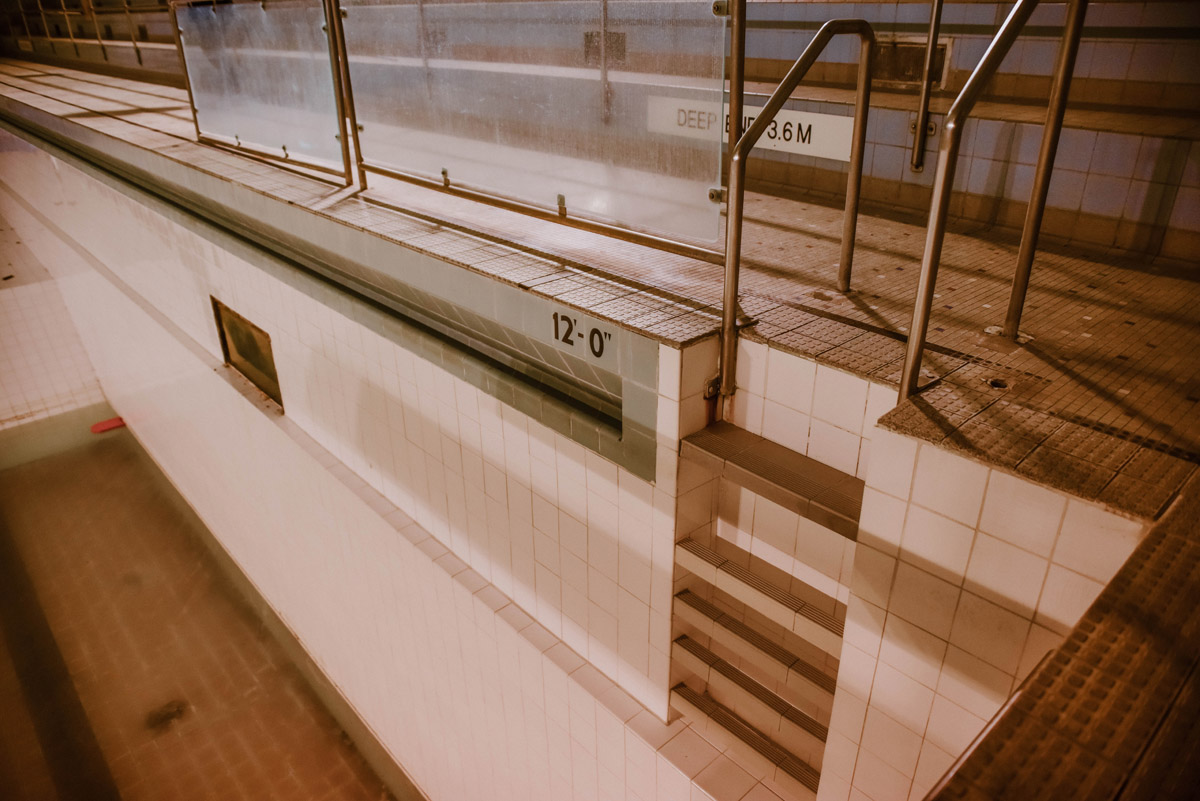 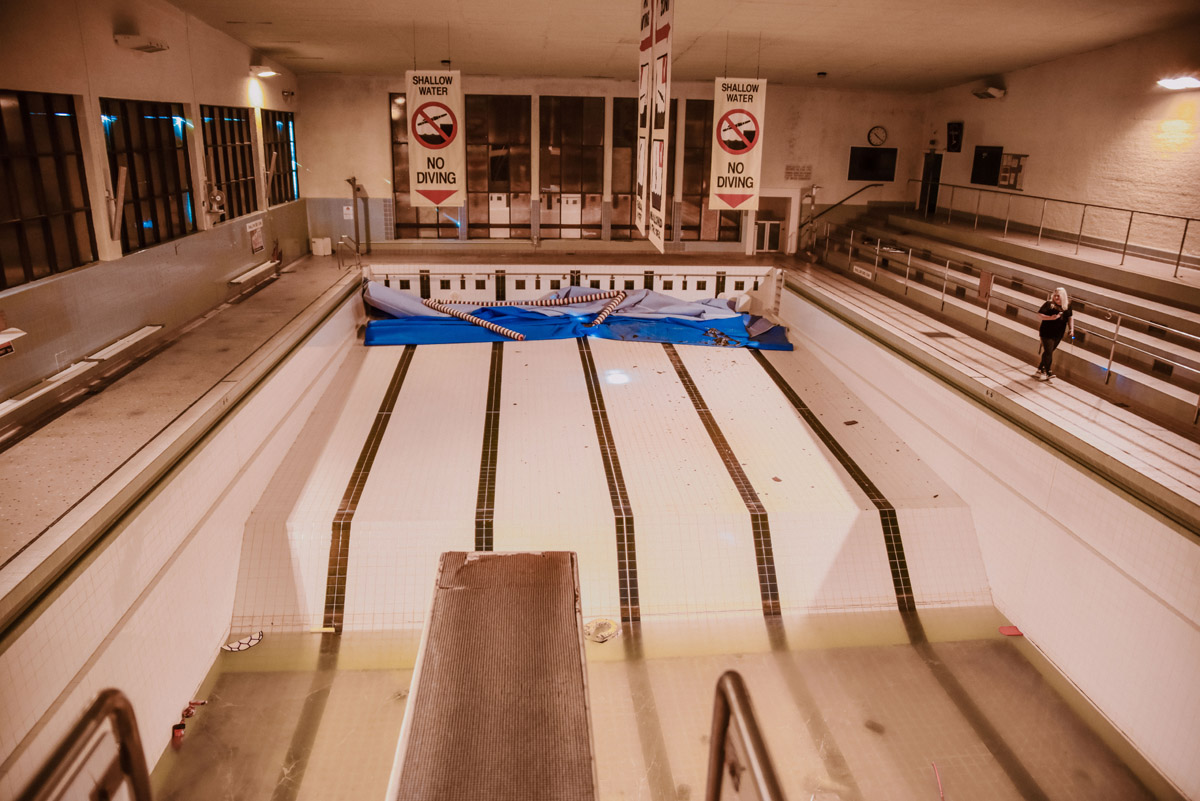 On 1st September 2017 after four and a half years of hard work, we purchased the building from Angus Council for the princely sum of £1. We immediately embarked on a DIY SOS style strip out which we achieved with the help of the local community. Over 80 volunteer individuals and businesses gave up their own time, materials and in some cases, their own money to strip the building back to a shell saving us around £250,000 in value and around six months of time.

In March 2019 we received word that we had been awarded £2.26million from the Scottish Government’s Regeneration Capital Grant Fund in a working partnership with Angus Council. We then worked hard over the subsequent months to produce our tender package and went through a rigorous competitive tender process to select our main contractor, who we appointed in late 2019 with a view to start works in early 2020... However, COVID had other plans.

When the pandemic hit, we had just mobilised on site with our contractor Bancon Construction Ltd. The site was shut and no activity happened for several months due to the first lockdown. Thankfully when the lockdown lifted Bancon where able to fully mobilise on site and get to work on the 13 month programme of works to convert the building.

Bancon completed works late September 2021 and the new Montrose Playhouse opened its doors to the public on Friday 8th October with a license to thrill, showing the 25th Bond movie ‘No Time To Die’

Montrose Playhouse Project SCIO is now a Registered Scottish Charitable Incorporated Organisation, ran by a group of local volunteers who over the last 9 years have fundraised, built a audience base and worked with the community to ambitiously renovate the former swimming pool situated on The Mall, Montrose into an Arts Centre & Three-screen Digital Cinema called The Montrose Playhouse for the benefit of Montrose and the surrounding areas. 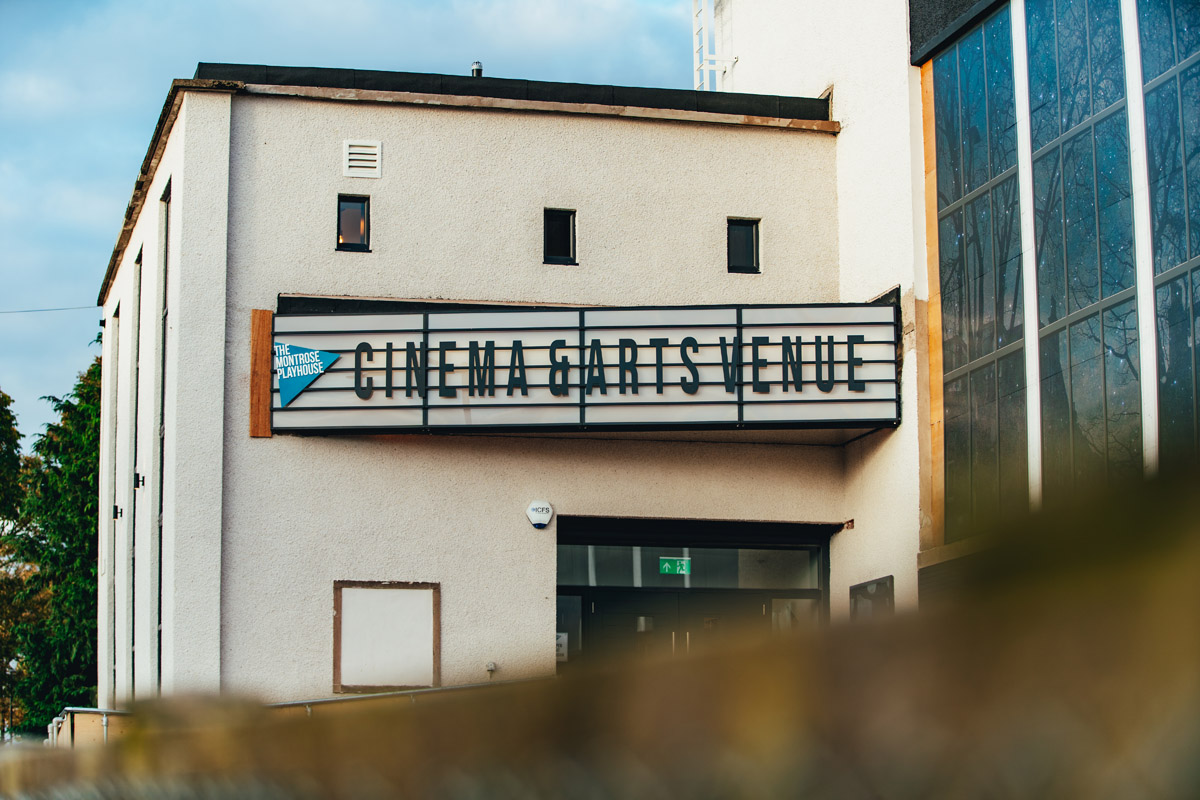 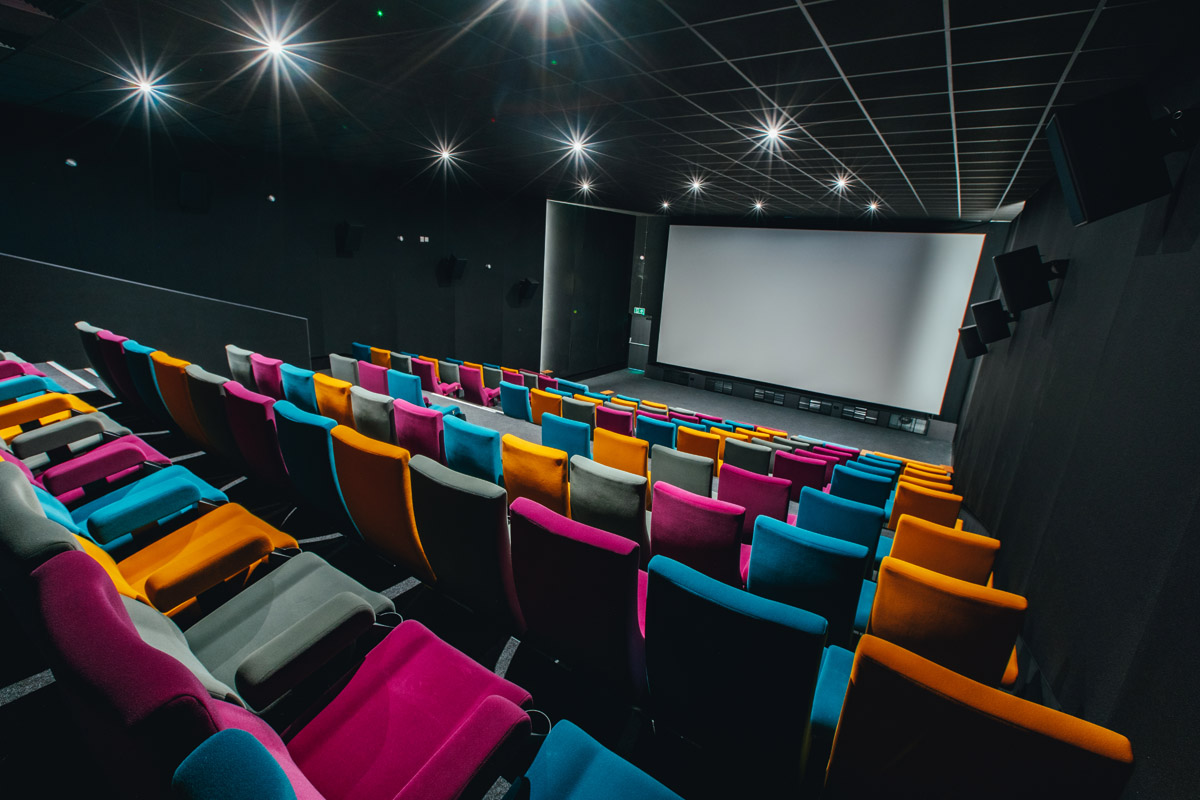 The Playhouse is ‘accessible to all,’ both in terms of the facilities on offer, for example, wheelchair spaces, Braille signage throughout, induction loops, and a Changing Place for people with complex care needs, and the screenings which we provide. These include, for example, relaxed screenings for people who are on the autism spectrum or who have other sensory sensitivities, parents and babies, close captioned, and audio described screenings.

We offer a range of social programmes aimed at reducing social isolation and promoting community cohesion, for example working with people with dementia and Alzheimer’s and a befriending programme for people who are socially isolated.

The Reel Café Bar, serves a diverse range of food and drinks sourced from local suppliers wherever possible. Although the concept of The Playhouse was initially sparked by the idea of bringing cinema back to Montrose, it has become so much more than just a cinema along the way. The team quickly identified the need for a much more diverse facility within the town. A hub for the community which would encourage development and education through a whole range of art forms and with the capability of reaching out to and benefiting a very broad spectrum of users, some of whom may have become isolated from the society in which they live. A facility which would become a beacon of light in the darkest of lives and an engine for social change in the Montrose area. 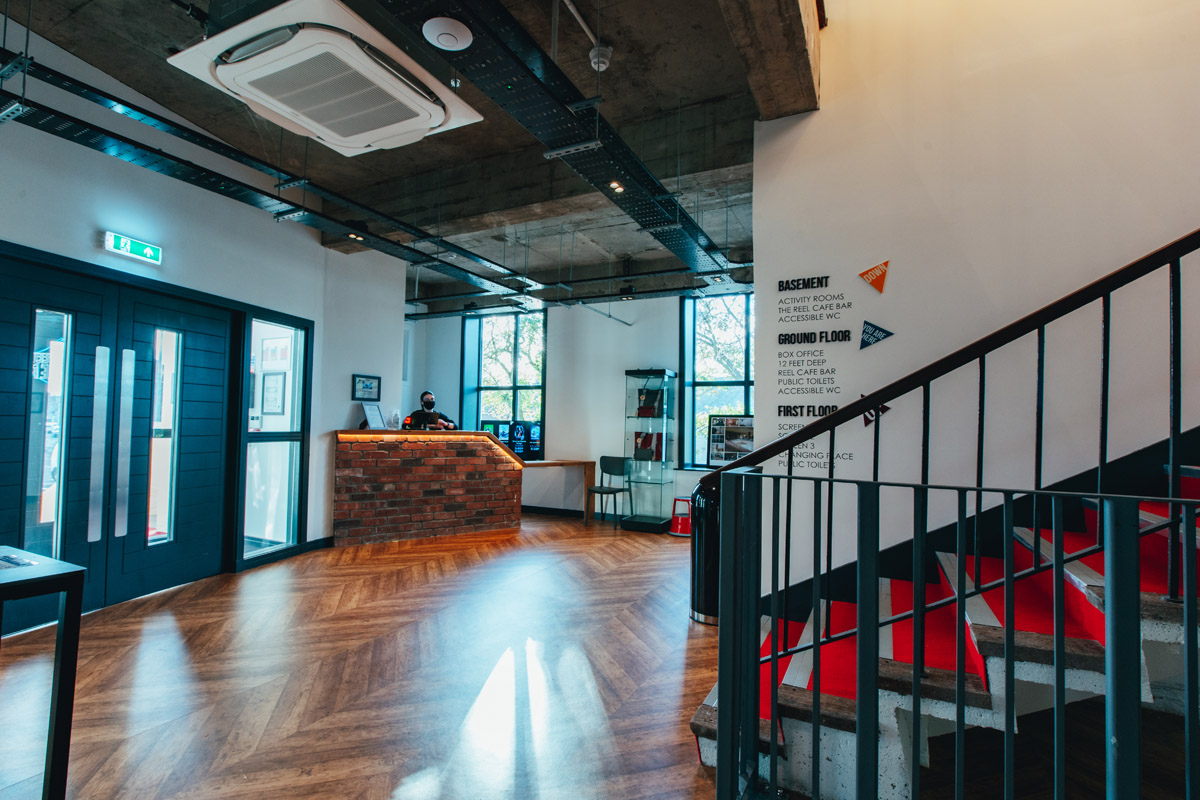